Idle Monster TD Evolved is an endless idle Tower Defense game of epic monsters vs evil humans set in a cute 3D fantasy RPG world. Unlock, upgrade, and most importantly, EVOLVE over 120 unique monsters to defend the portal from an infinite swarm of invading humans. Strategize the most effective placement of monsters to optimize their powerful abilities. Management is crucial in this idle tap tycoon style game!

This delightful take on tower defense flips the script, putting you in charge of helpful creepy-crawlies trying to stop human invaders from destroying your base. Strategically tap to place cute allies like “Sun Blossom” for increased gold-production, or use “Skeleton Mage” for heavier damage. And if things get real dicey, just wipe the map clean with a “Rain of Fire” spell! Become the ultimate tycoon of Tower Defense!

Like other incremental clicker, tap tap, and tycoon idle games, defeating waves of invading humans gives you upgrades to bolster power, speed, and other stats – and the more humans you obliterate, the more monsters you’ll unlock. Idle Monster TD Evolved is filled with awesome beasts, ranging from cute flower monsters to big metal robots to scorching fire dragons. Discovering and evolving new creatures is part of the fun. Progress towards the tap tycoon master!

Like any loyal pal, Idle Monster TD takes care of itself while you’re away. Come back in a few days to claim idle gold and power up your tower defenses. The enemy doesn’t sleep – but neither do your monster towers. Sit back and relax while the endless, idle, auto battler does its thing.

– Unlock 40 unique monster towers, all of which have different skill sets that make tower synergy crucial to success.
– Each monster has 3 evolutions that provide massive upgrades to power.
– Strategize by placing up to 10 monster towers at a time. Determining the most effective combination of their elemental skills and passive boosts will keep you entertained and speculating for weeks!
– Play through 5 different maps, each requiring different strategies to defend most efficiently.
– Bi-weekly PvP tournaments give this casual game a competitive edge.
– Discover countless upgrades, research, spells, artifacts, technology, and more to level up with a variety of different resources.
– Several rewarding mini-games, such as Peasant Mobs, Tank Swordsman, and Necromancer bosses.
– Non-stop, endless, and idle gameplay!
– Incremental clicker, tap tap, and tycoon idle game mechanics.
– Fantasy RPG-based world and classes.
– Tower defense and incremental game mechanics.
– Complete tons of daily missions and achievements.
– Offline progress and gold earnings reward you while the game is closed!
– Cute and colorful 3D fantasy graphics.

Idle Monster TD Evolved is a perfect blend of the Idle and Tower Defense genres. The game is an endless TD and can mostly auto-battle and play itself without you watching. However, an immense amount of strategy is required to play efficiently and place well against your peers on the leaderboards as the ultimate TD tycoon. Go on an epic never-ending quest, explore a fantasy world, tap to battle humans and monsters, and defeat epic bosses in Idle Monster TD Evolved! 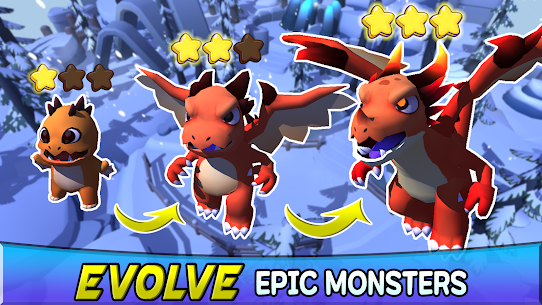 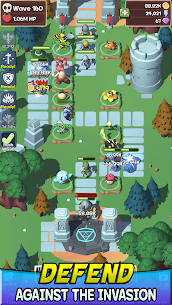 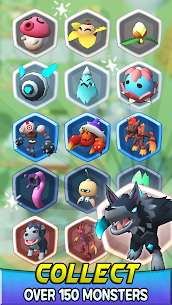 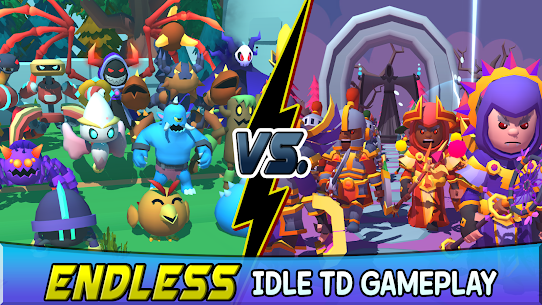 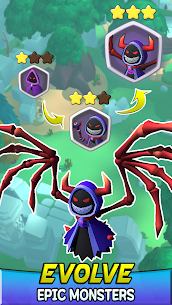